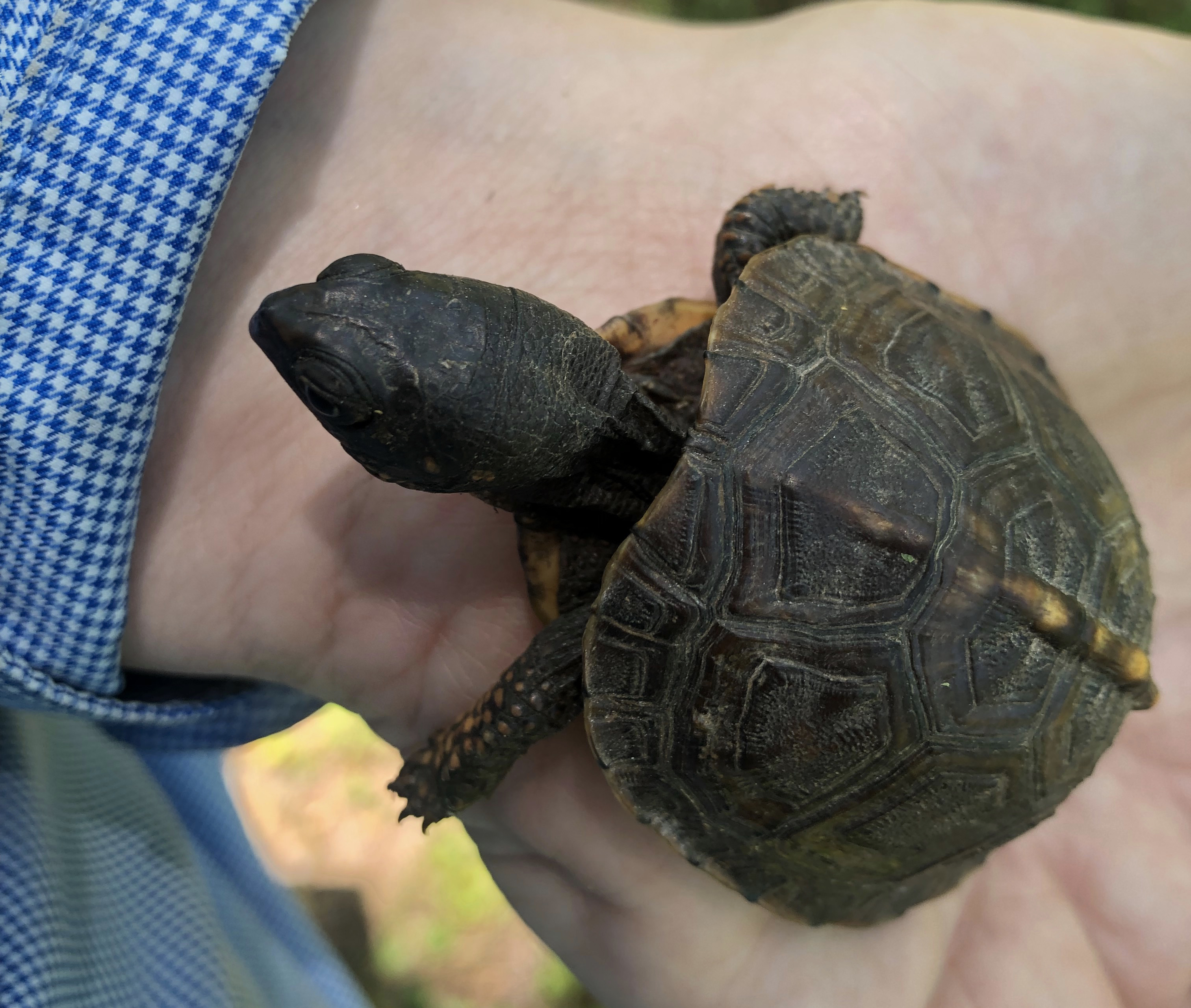 While this discovery was part of the Pecan Orchard II post, I really wanted to give this little guy his own spotlight as he was super cute.

We were cleaning out another part of the pecan trees and Brett was using the Husqvarna brush cutter mowing down small saplings and weeds around one of the Westernmost pecan trees in the orchard. I was following up with the pole saw taking down dead limbs and removing ones that were too low.

I try to be really careful to watch where I step, especially when I have the pole saw and most especially when it’s running. It’s almost ten feet long un-extended so I don’t want to trip and fall with it. I was just coming up to the tree Brett had cleared when I saw movement at the base of the tree in the brush.

I do not know how Brett didn’t step on this little guy but he was none the worse for wear. I thought when I first picked him up he was a little tortoise but with the ridge on his back and his little pointy tail, he was definitely a baby snapping turtle. At one point I was putting my finger near his mouth and he did a big boy *Snap! Snap!* at me. Ha ha, little dude, you’re so big for your turtle britches!

What was fascinating to me was how far he was from water. The pond is so down with the heat and lack of rain that it’s not much of a pond right now, but I bet he was at least four hundred feet from the water. I know that snappers travel sometimes to mate, but he was just a baby..

He traveled in my shirt pocket while I walked him back down to the pond. You can see here how down the pond is, so I walked around the back of the dam and put him on a hill about five feet from where there was water. I’m sure he’ll grow up and eat my bass.

The Flora and the Fauna