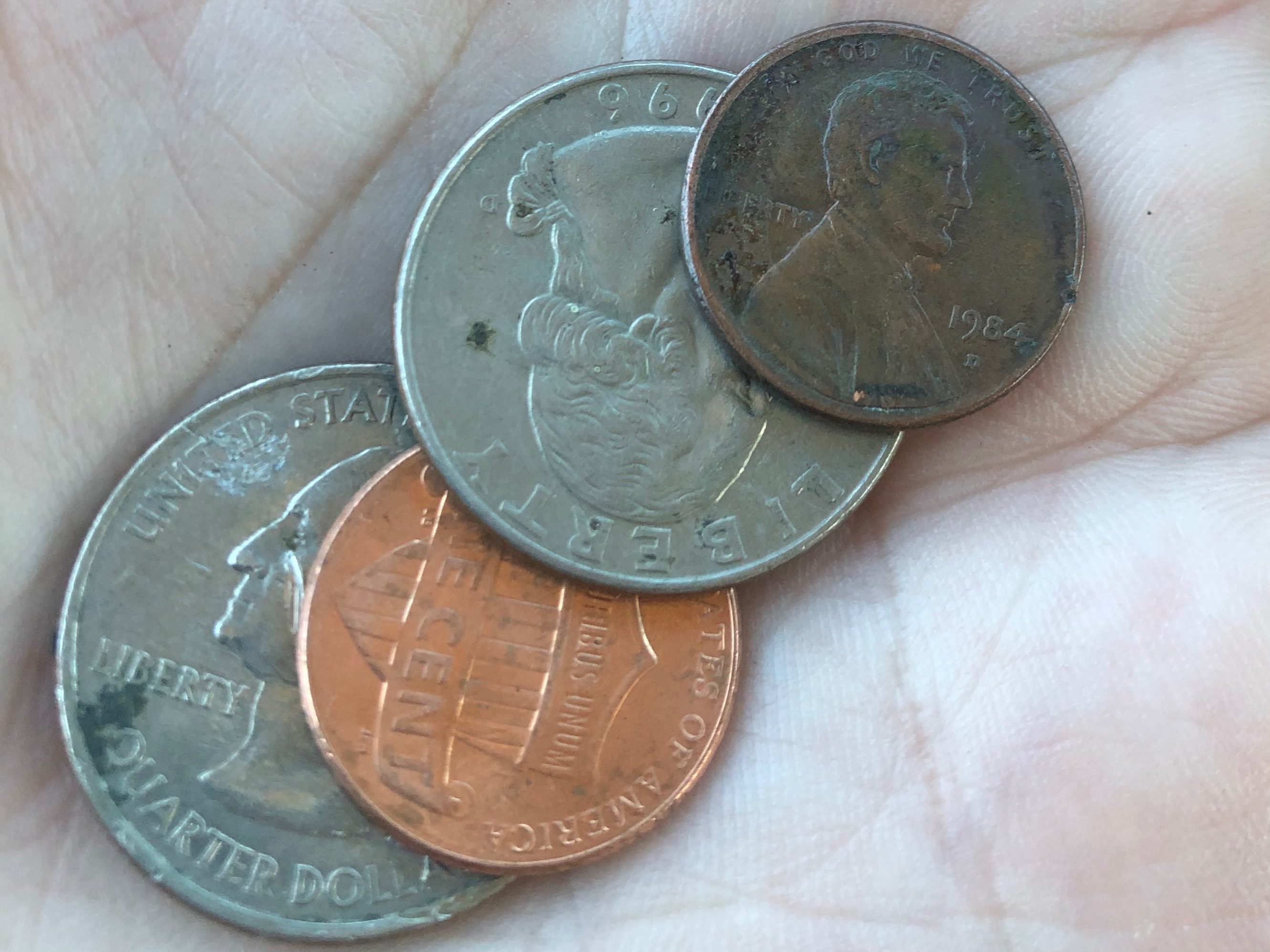 Some people want to give their two cents. Today I’m gonna tell you about my fifty-two cents!

First, a little history lesson. Did you know that there have been some 800 unique barbed-wire patents, and many more unpatented variations for a total of perhaps 2,000 types of barbed wire? Some feature wire barbs attached to single or double strands. Others sport stationary barbs or rotating rowels made of sheet metal in decorative shapes, from leaves to diamonds to stars. I learned this when I tried to research the age of the barbed wire on our farm and you can read more about the fascinating history here.

At any rate, we’re still working on the fence line. Bryce from Ballard Land Management came out on Sunday to take a look at our progress and informed us that we can just remove the barbed wire and that he can take the rest of the fence line down (including the remaining trees and fence posts) in one fell swoop. So in the below photo, once the wire is gone, he can get to work.

Sunday we spent the day clearing enough branches on a section of the fence line to get to the wire, and then me cutting and pulling it out. The gloves I had, which were on their last legs (fingers? ha ha) ended up in the trash when we were done. The little barbs pulled the leather up and exposed my thumb.

Luckily when you pull this wire, it recoils back into the circle it was originally stored in. So as long as you’re careful and turn the wire to the direction of the coil, it will return to it’s original shape. The only things that stand in the way are the fence pins that held the wire, the blackberry vines, and these thick green prickly vines that have thorns as big as a rosebush.

There was one other place besides the fence line that I wanted to remove barbed wire. Up by one of the cams is some really old stuff. It’s in the middle of grown trees but next to one of the deer trails. I was really worried about the suffering of a deer who might get caught in this old wire. After taking this section out, I discovered that about ten feet was loose and part was buried, and anything that might have been caught in it would have been severely injured.

It’s easier to see the problem in the dark than during daylight. That top piece that arches up to the fence post goes back down to the tree and then lays on the ground right by where the doe is standing. It is then buried up to the old dead tree behind her. This fence line is also much older than the one in the pasture. When pulling this to dispose it doesn’t roll back to the coil like the other wire, it’s much thicker and you can bend it in half. And unlike the pasture wire which is mostly just metal, this stuff is really rusty and thick.

After my Sunday pulling from both places, I ended up with a big box of wire, which I was pretty excited to take to the metal recycling place. I didn’t figure I’d make too much money, maybe $25 or so, but at least the wire would be recycled and not end up in a landfill.

Total haul was 52 pounds! That’s a lot of pulling!