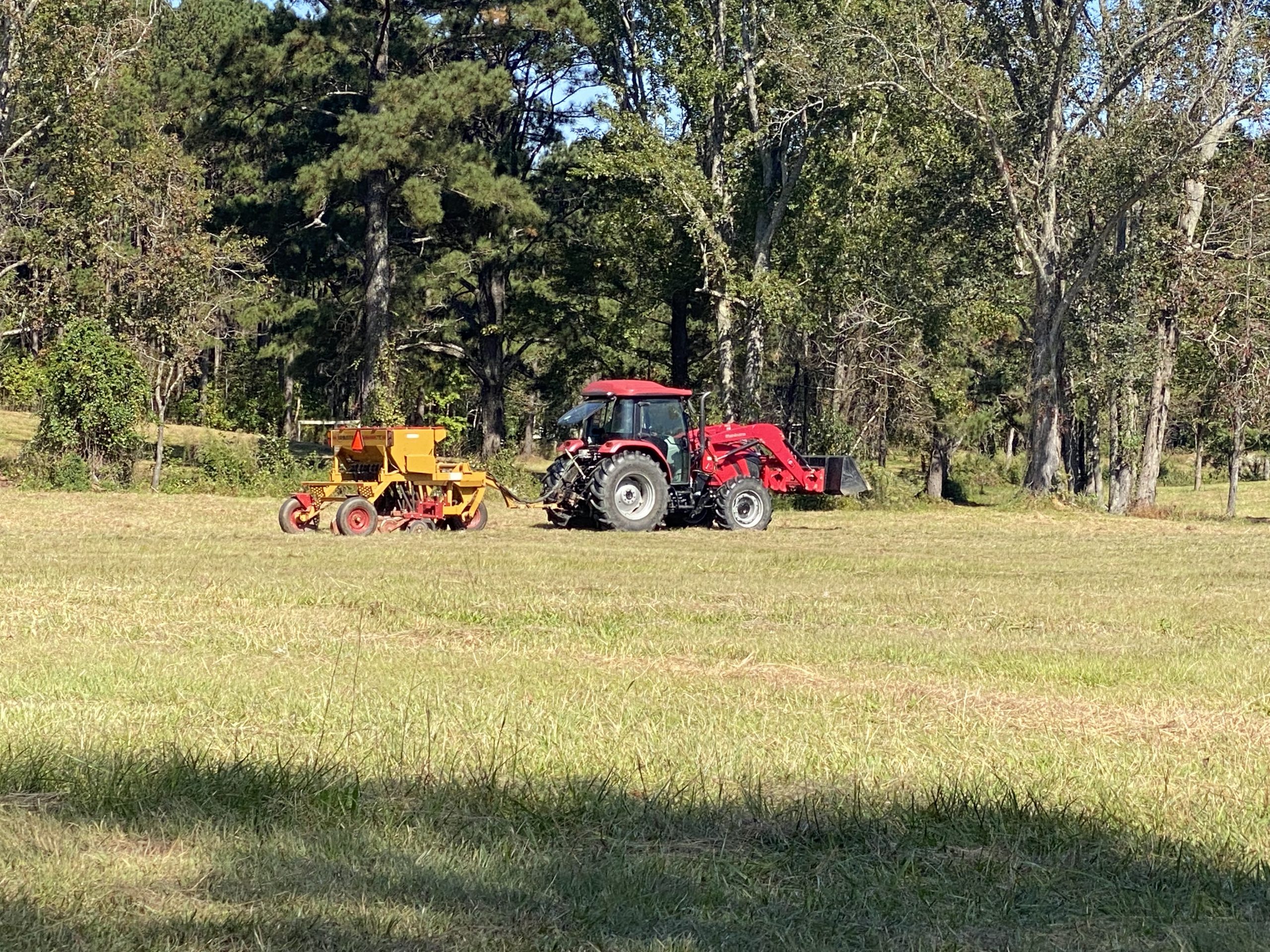 Planting for spring emergence means putting seeds in the ground in late fall. For us, this means planting late October for clover blooms in early April This year we decided to expand from just Clover and Rye and added Winter Peas (because the bees like the flowers) and Daikon Radish (because these roots vegetables break up the soil as they grow.)

From the original planting with the Haybuster No-Till drill, to baby peas and clover emergence, this year’s planting went pretty well. We planted about 15 acres in total of a mix of the four, based on shade and soil.

The Daikon Radish is the same kind you eat in some Asian kitchens and did its job busting up the clumpy soil. These did the best down by the pond where the soil has more water and is loam. Mom was glad to get them for her salads.

By early April, the clover was emerging. We didn’t do a specific fertilizer this year and there was a lot more rain during this time. Since we planted a little later, the blooms were a little later, which all in all worked out well for the bees. The winter peas were a pretty addition, but I am not sure the bees got the memo that the were supposed to be a favorite.

By the end of spring, the clover was in full bloom, the rye was tall, the ferns had re-emerged and the pasture was lush. The pollen and nectar from flowers caused a huge increase in bee population and swelled the hives from three at the beginning of March to seven by the end of March, plus a swarm! (More on the bees in another post).

This last photo is probably one of my favorites of the planting season. There is a local ag co-op that rents the No-Till Drills for farmers who want to use one but don’t want to buy one (they’re pretty expensive, especially for a one- or two- time a year use). When we rent the drill the first day is usually for clean out and there is almost always stuff leftover in the bins. The seeds, especially the ones that are inoculated (surrounded with nutrients) can gum up the drill so you have to use a graphite product to lubricate the gears. Using water is a no-no.

The folks who had rented the drill before us didn’t clean it out, so we had to first dump what was in the no-till bins then clean it out. This left a huge pile of what ended up being rye, in the pasture. And what’s a better use for dump trucks and my grandson than a big pile of unused seed? Sure a lot better than dirt! 🙂