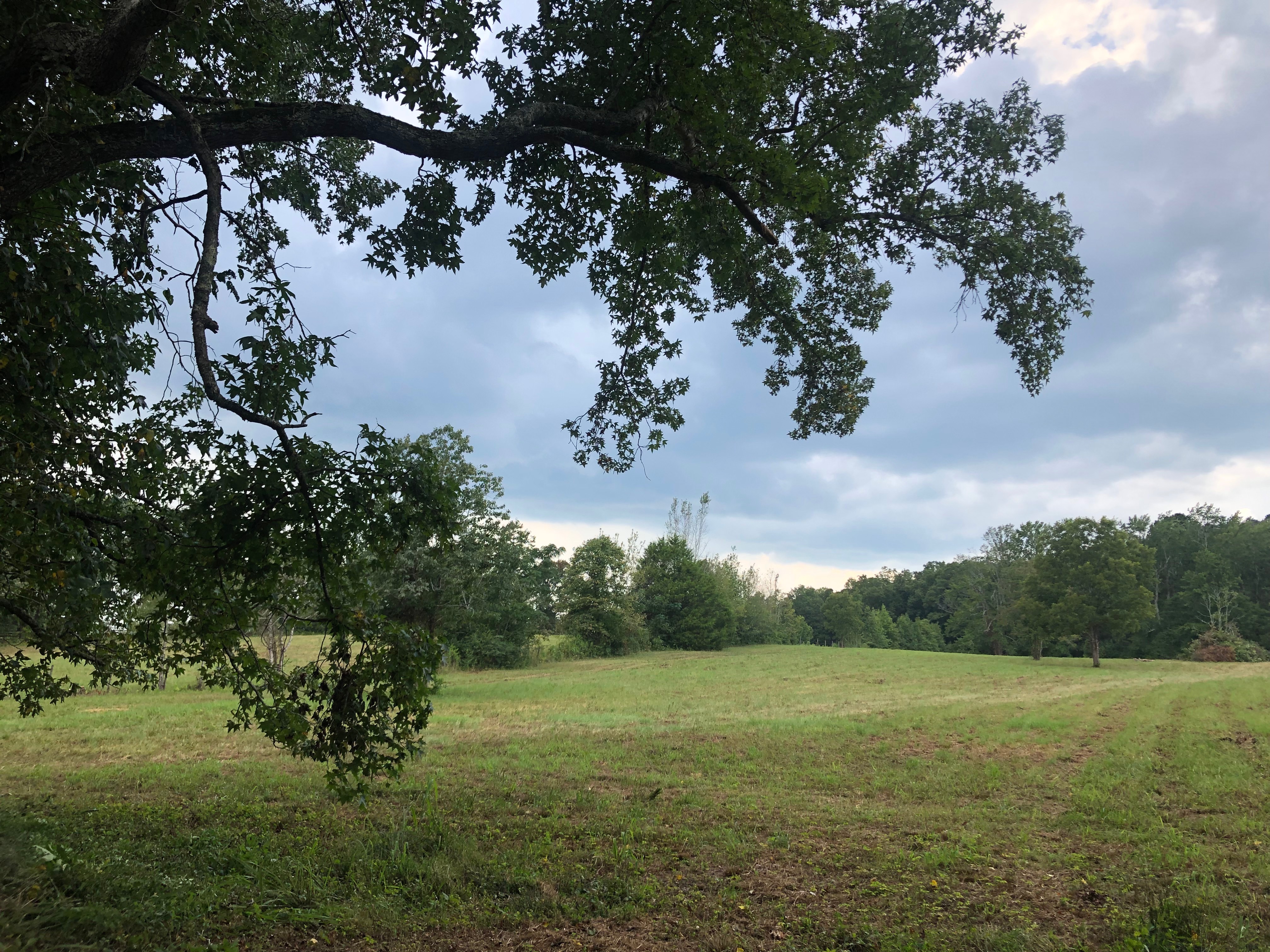 It’s hot. It’s so hot that the thunderstorms that threaten are just idle threats. The big dark clouds form, the lightning flashes and the thunder rolls, but there has not been any rain. The storm cools the air by a little, but rain would be welcome.

Facebook seems to have the perfect meme for the heat:

Yesterday was the hottest day on record since 2015. Temp was 100 degrees and heat index was in the high 100’s. We were still out there though, from about 9AM until about 4 in the afternoon. We set up camp up in the trees for the shade and got to work.

After the pecans were all limbed, we concentrated on one stand of sweet gums at the East end of the center pasture. Before and after below.

You wouldn’t believe the size of the poison ivy vine on the left sweet gum. It was as big as a leg. Never fear. Mike has taken it out with his machete.

After we had taken another load of debris to the burn pile, one of the neighbors stopped by to ask us (and this was so nice!) if we needed anything from town since she was going. She stopped mid-sentence when looking at me and said “you’re sweating like a pig!” Telling it like it is. I was a sweaty mess. I could have probably wrung out my clothes at that point. I had pieces of tree all down my shirt to my waistband, sticking to me cause I’m sweaty. Working pig, check. 🙂 She did tell us how nice everything looks, which was encouraging.

Speaking of the burn pile, I think between the Mahindra and Mike’s truck, we made ten or more trips yesterday to the burn pile. I bet on average we’ve made that many trips to the pile every time we’ve been cleaning up our work on the trees. If you thought burning the pile would be visible from space before, I think burning it now might send an alien signal.

Our next project is to work on the really big sweet gums on the West side of the center pasture. It’s bigger than the stand by the orchard, and most importantly, we can work in the shade. And pray for rain.