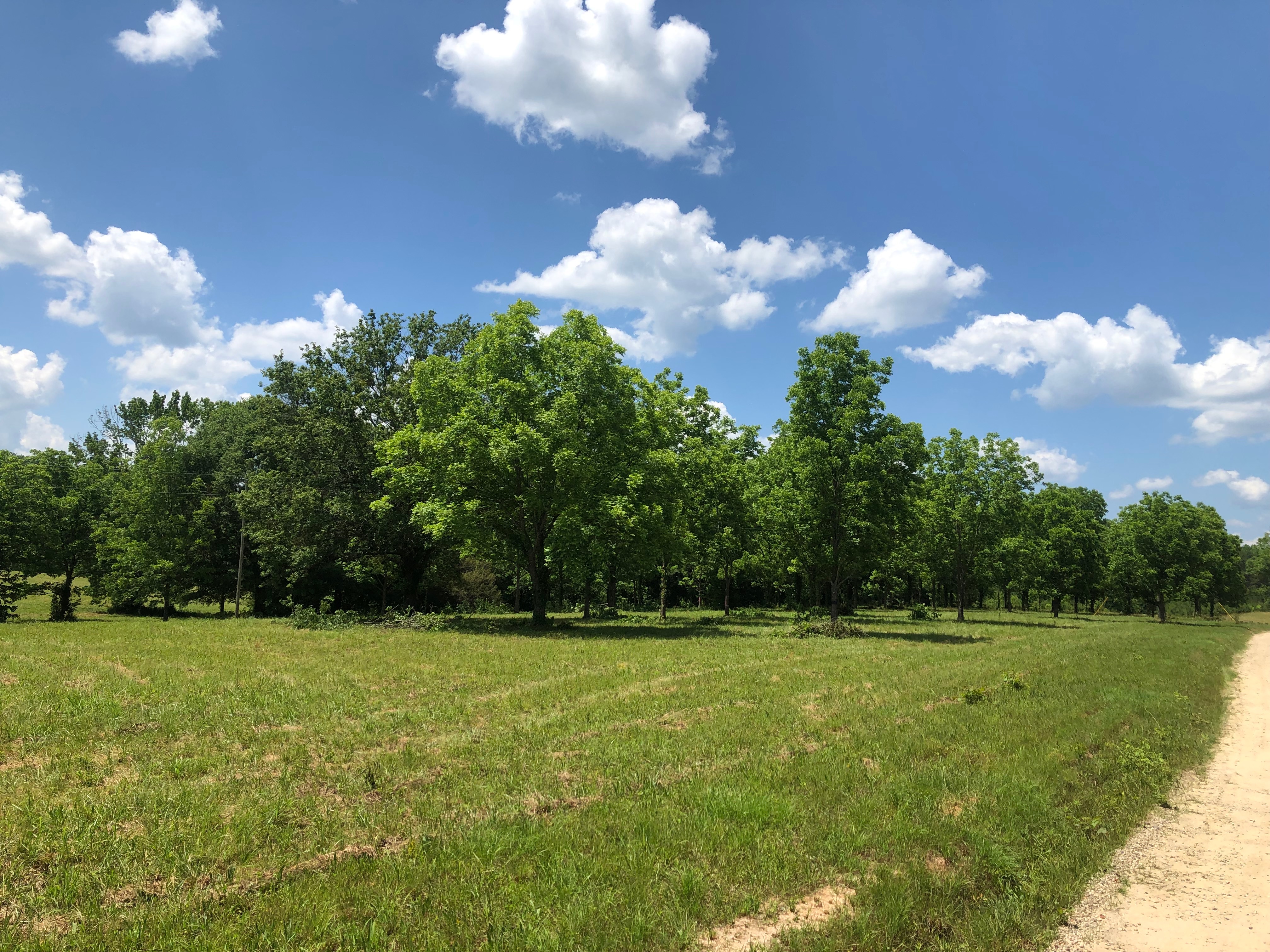 This week Brett, his dad Mike and I spent more time cleaning up the southern side of the pecan orchard.

In addition to chain saw duty, Mike has been on poison ivy patrol. Along with a machete that I think would take my leg off, he has some sort of mixture he puts in a sprayer bottle and adds a lot of water to it and then happily sprays this monstrous weed that has taken over the orchard. I am a little unsure of what exactly is in the bottle but it’s taking out the bad stuff so I figure I won’t ask too many questions.

We’ve also added a Husqvarna pole saw to the machinery repertoire. It telescopes to 16 feet and works wonders on lower branches that are dead and need cleaning out but are really too high for a regular chain saw. Brett continued with the super spiffy brush cutter, Mike was doing his thing and I was on the pole saw.

Our approach was Brett took out the growth around the tree trunks, Mike whacked the poison ivy vines with the machete, then sprayed the weeds with the poison ivy poison, and I used the pole saw to make it pretty. Here’s a pretty good before and after of the biggest pecan on the corner

The big oak tree was also pretty messy. Limbing it up a little will make great shade for the cows. Some of the branches up high were dead but too far up for the pole saw.

Here’s another before and after of another pecan.

Of course somehow I’ve become the pull rope puller on all the equipment. This has led to quite a bit of trial and error on how best to perform this task. The most important lesson I’ve learned is *DO NOT LET GO OF THE PLASTIC HANDLE AT THE END OF THE PULL ROPE*. Otherwise this happens, and even a ladylike farmer might say a dirty word or two. Ouch.

The Demise of the Burn Pile