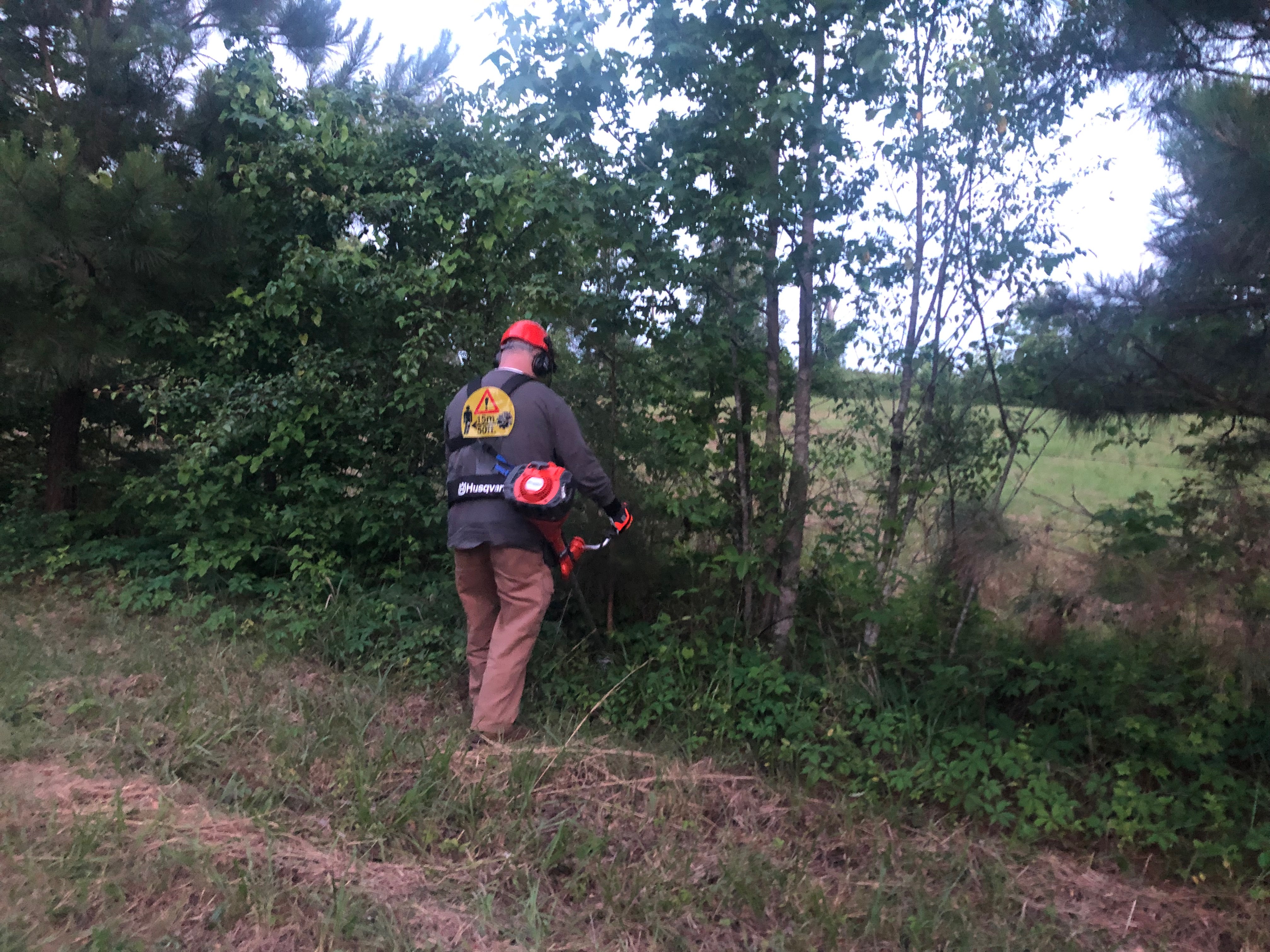 This beastly brush cutter/ tree saw/ weed wacker is (I guess) used by big brawny forestry guys to cut paths, extra small trees, and clear patches of land. It will take down anything from thick brush and weeds, to tall grass, to 2″ saplings based on the head you attach. Oh, and I’m pretty sure it would completely take your leg off you’re not careful.

It has three heads, all of which change out. There’s a wire weed wacker head, a tri-blade saw, and a saw that looks like one that goes on a circular saw. The mounting and the changing of the heads is not a quick or easy process, and requires super-spiffy Husqvarna-supplied tools. When we took it down the first time last Tuesday, we couldn’t even get the head to spin. Turns out the owner’s manual (which is written in text so small that you need cheaters to read it) has a different picture for assembly in one part of the manual than the other. We had to take it back to Ace Hardware to get them to look at it, and Kenny set us straight on the assembly.

First thing we did wrong was the one part (which looks like a donut) goes on both blades, not the flat piece that looks like a lock. And the button looking disc that goes after the blade in the manual actually goes before the blade in real life. I guess the Husqvarna people figure if you’re getting such a beastly piece of equipment you’ve used their other stuff and know inherently how to use it. Yeah, not really. I read the instructions, and if they’re not right, then the item doesn’t work.

Whoa does this thing work! It’s so heavy it straps into a harness-like clip on the right hip and then arches away from the body as you cut. I am thinking this is both a comfort/weight reason for the user of the equipment and a safety thing as you can’t accidentally bend the tool and cut your leg off. Good move Husqvarna!

Having successfully used the tool, and it performing as we wanted and cleared a small eight to ten foot space on the fence line, we pronounced it an *excellent* piece of equipment and a good add for the farm. I know we’ll be using the heck out of it.

Here’s a video of it in action.