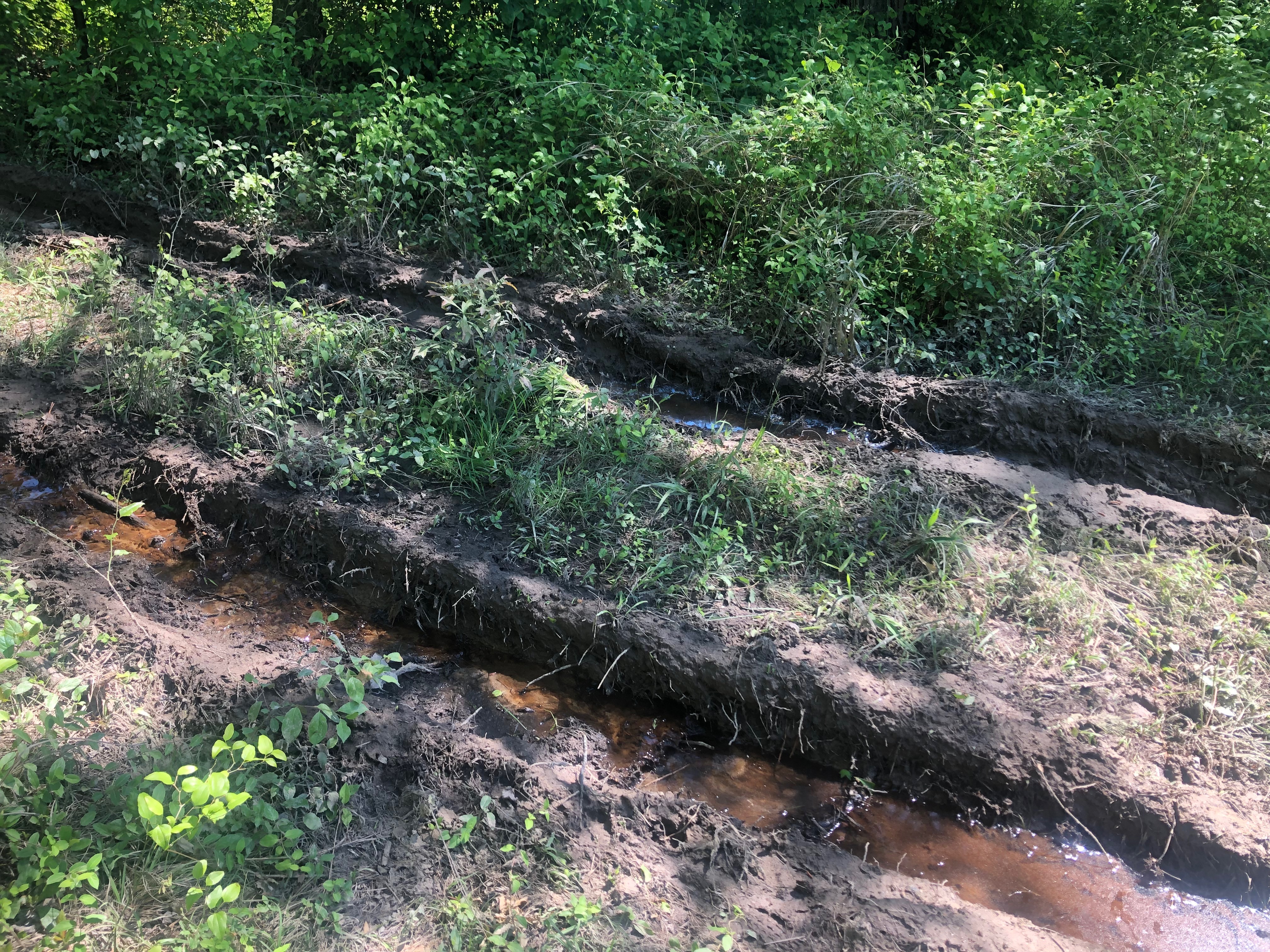 Friday April 19 we had a ton of rain.  And that’s not an exaggeration – some locations received six inches of water in about an hour.  Creeks and rivers were swollen, flash flooding happened, and what are logical famers to do?  Go check on the pasture.

So down we went on that Friday night, and also that Sunday.  At the top of the pasture almost to the woods we spun the wheels a little going through the mud.  We created a good set of ruts, better than 10 or so inches deep that were really holding water.

The following Tuesday we had some John Deere guys come out to see the farm and talk tractors, and one of them pointed out a spring on the property – guess where?  Less than 20 feet from these ruts.  Problem is that the ruts were still super wet, and unbeknownst to us, we’d re-routed the spring water down the “road” in the ruts out to the pasture, instead of leaving it on its natural path down towards the pond.

So on Saturday I conned my mom the Master Gardner along with her fancy shovel that has spiked points on it, two more of my less fancy shovels, and a rake down to the land to fix the damage and re-route the water back where it was supposed to be.

Voila! It was a lot harder than we thought and I am glad I didn’t get super fancy and buy a small drain like I thought I might; because there were big oak roots in the way and no way I could have dug down.  At any rate, we moved the mud and grass and re-routed the water and fixed it.

All in all a good day’s work.