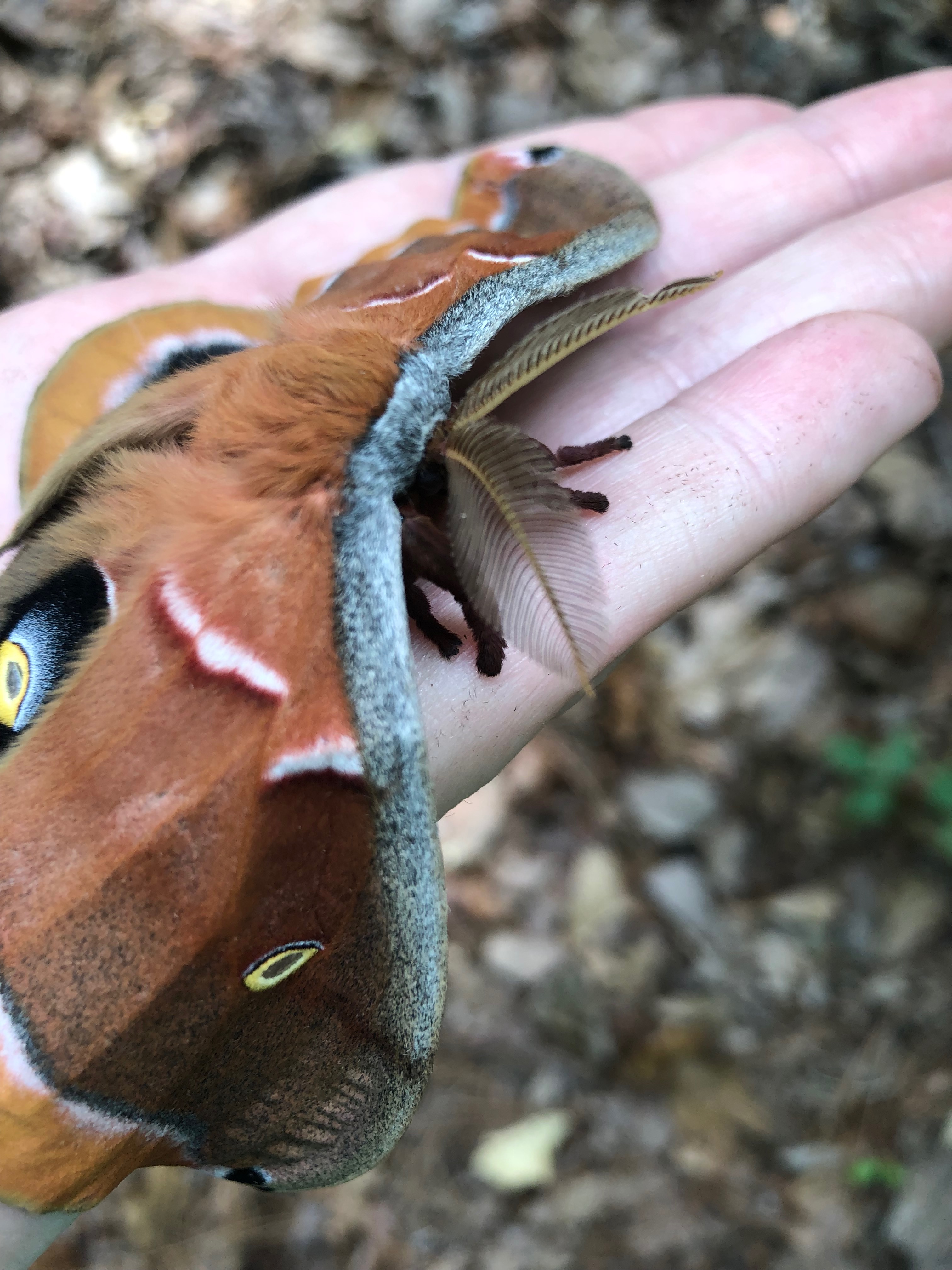 The more I’m at the farm the more I realize how much it is a little ecosystem and how varied the living things are on the land.

Tuesday we took the new XUV up the mountain. We were nearly to the top when I noticed that there was something small and brown with a lot of motion in the leaves on the forest floor. I didn’t know what it was at the time, but after looking it up I know now it was a Polyphemus moth.

The little antennae he sported were so fringy they were almost like feathers. In reviewing the Wikipedia doc about these moths the males sport much frillier antenna than the females and this little guy sure met the criteria. In the end I put him carefully above my head on a dead tree and he promptly crawled up under a leaf and hung down to dry his wings.

When I put my hand down for him to crawl up on I was taken with how wet and floppy his wings were. I suspect he had just emerged from a cocoon because they were so heavy he could barely flap them. He happily crawled all over me, my hat, my hand and was generally pretty social.

I would have taken more photos but I was so excited and he was crawling all over me that this is all I got.

The Flora and the Fauna